Tangible and Spiritual Ministry to Military Families
August 26, 2019
by

United States soldiers are defenders of our freedom. Along with their families, they are called upon to exercise strength and endurance both on the home front and on the battlefield.

If your church is honored to be located near a military installation, you have an incredible privilege to come alongside, partner with, and be a blessing to military families—in not only a tangible and physical way, but most certainly a spiritual way.

Each congregation should assess the needs within their own community and ask questions. Lawton First Assembly, Lawton, Oklahoma, had just assessed a need for financial training, and gone through the Freedom Initiative of Financial Peace University by Dave Ramsey. Gary and Debbie Pratt are associate pastors at the church, pastored by Don Barnes.

Debbie, who also serves as Women’s Ministries pastor, explains, “We knew we wanted to do something significant financially for our military families and looked for a project that was bigger than we were. We weren’t sure what that project would be.”

The Pratts met with Brenda Spencer Ragland, director of Morale, Welfare, and Recreation (MWR) at nearby Fort Sill Army post, and asked: “What is your greatest need right now for military families?”

Ragland hesitated for a moment, then said, “Our need right now is really big. Every year, I try to raise enough money to provide food vouchers for enlisted soldiers and their families for Thanksgiving and Christmas. They can use the food vouchers at the commissary and purchase their holiday meals.”

The Pratts asked how much the vouchers were. When Ragland responded, the Pratts said, “Let us do that for Thanksgiving. We will provide 400 vouchers at $40 each.” Ragland was shocked.

When the Pratts took that goal to their congregation, they were overwhelmed by the response. The congregation grabbed onto the vision and responded, “We can do even more!”

In order to create a visual for the project’s progress, the church’s creative team came up with a map of the United States, divided into three different regions, then placed the maps in various areas of the atrium. For each $40 voucher purchase, individuals were given a United States flag to place on the map wherever they chose.

“It was so incredible to see how parents and grandparents were bringing their children to place a flag representing their donation to a military family for their holiday meal. We had a huge celebration Sunday where we presented a check to the MWR to cover not only Thanksgiving meals, but Christmas meals as well. Our congregation went exceedingly above what we ever thought they would do!,” Pratt observed.

A primary goal [of MWR] . . . was to strengthen the mutually reinforcing bonds between the local community where our military families reside, the Army, and the family. The goal was never more strongly underscored than the partnership with Lawton First Assembly. You took on the goal of supporting the holiday food voucher program, so all military families had an adequate meal for Thanksgiving and Christmas. The church secured more than $40,000 in total donations for this remarkable, prayerful blessing. We were able to provide coupons and support to more than 800 families—the largest in Army history for a food voucher program at an Army installation. The impact on lives is simply boundless, as those that witnessed this incredible generosity were as blessed and moved as those who received the vouchers.”

Pratt said, “By asking questions and involving the MWR, we were able to be a part of something far bigger than we were alone. Truly, we are better together.”

Additionally, a church body needs to be aware of and recognize the stress of adverse conditions in a family when a soldier is deployed. The needs of that family on the home front changes. Just being sensitive and checking in on them from time to time makes a huge difference, Pratt observes.  “Several years ago, we realized the need within our church and community to provide for marriage counseling. In our city, the divorce rate was one of the highest in the nation.”

After investigating many options, the Pratts found a marriage coaching system to offer to the families. “As we coach them with some life skills that will enhance their marriage, they will be better equipped to navigate the struggle and realize how much better they can be with the help of our Lord Jesus at the center of their marriage.”

With the realization that many military marriages have extreme stress through deployment, as well as the reintegration of the family when they return, the Pratts sought out couples in the congregation that had weathered that adversity, understood the military family life and could relate to the military family’s specific needs. Pratt says, “We now have several couples that are certified marriage specialists who also have a military background. This has been a tremendous blessing to our congregation as well as to our community.”

All of the services, from pre-marital counseling through marriage and family coaching, are offered free of charge through the generous and faithful stewardship of the Lawton First Assembly congregation.

Pratt continues, “Our compassion ministry at LFA provides a food pantry and a clothing closet for needs that arise. Our pantry affords families the opportunity to choose the groceries that would best suit their family needs. In other words, they are able to shop for what they need.”

The clothing closet is comprised of brand-new clothing donated by the congregation of LFA. Pratt explains, “We believe that the people we assist deserve new clothing.” The church also provides a car care annually for single moms, widows, and wives whose spouses are deployed. Additionally, if they have emergency needs with their cars, mechanics offer their assistance.

Lawton First Assembly realizes that sometimes the military family just simply needs a “hand up”—not a “hand out.” Many are separated not only from their soldier, but from their biological families. “They need encouragement from their faith family,” Pratt concludes.

The Pratts’ son Major Matthew Pratt is deployed. Debbie Pratt shares, “He has a precious wife, Lisa, and two beautiful daughters, Leighton, 6 years, and Anistyn, 3 years. One of the things they have discussed over their years of military service is the desire to be included and received into a church family quickly.”

Many times, Matthew and Lisa move to a new location for only a brief period of time. They want to be involved in a church body as long as they are there, even though it may be not be long. Inclusion is huge for a military family.

“At Lawton First Assembly, we try to recognize the powerful and diverse gifts that our soldiers and their families bring to our church and get them involved in the church family as quickly as possible,” Pratt adds. “Many are here without any families nearby, so we embrace them.”

The Pratts encourage any church looking to walk alongside military families to simply ask questions of those families:

Hebrews 12:1, NLT, says, “Therefore, since we are surrounded by such a huge crowd of witnesses to the life of faith, let us strip off every weight that slows us down, especially the sin that so easily trips us up. And let us run with endurance the race God has set before us.”

Pratt says, “This Scripture has always been meaningful to us personally. The chapter just prior, Chapter 11, recounts those who had gone before them, those who had run their race and had kept the faith. One definition for endurance is: the power to withstand great pain or hardship. The ability or strength to continue despite fatigue, stress, adversity or adverse conditions.”

Each family, each circumstance is unique. Pratt notes, however, the one thing each military family needs is that cloud of witnesses that will surround them with encouragement despite their fatigue, stress, or adverse conditions. 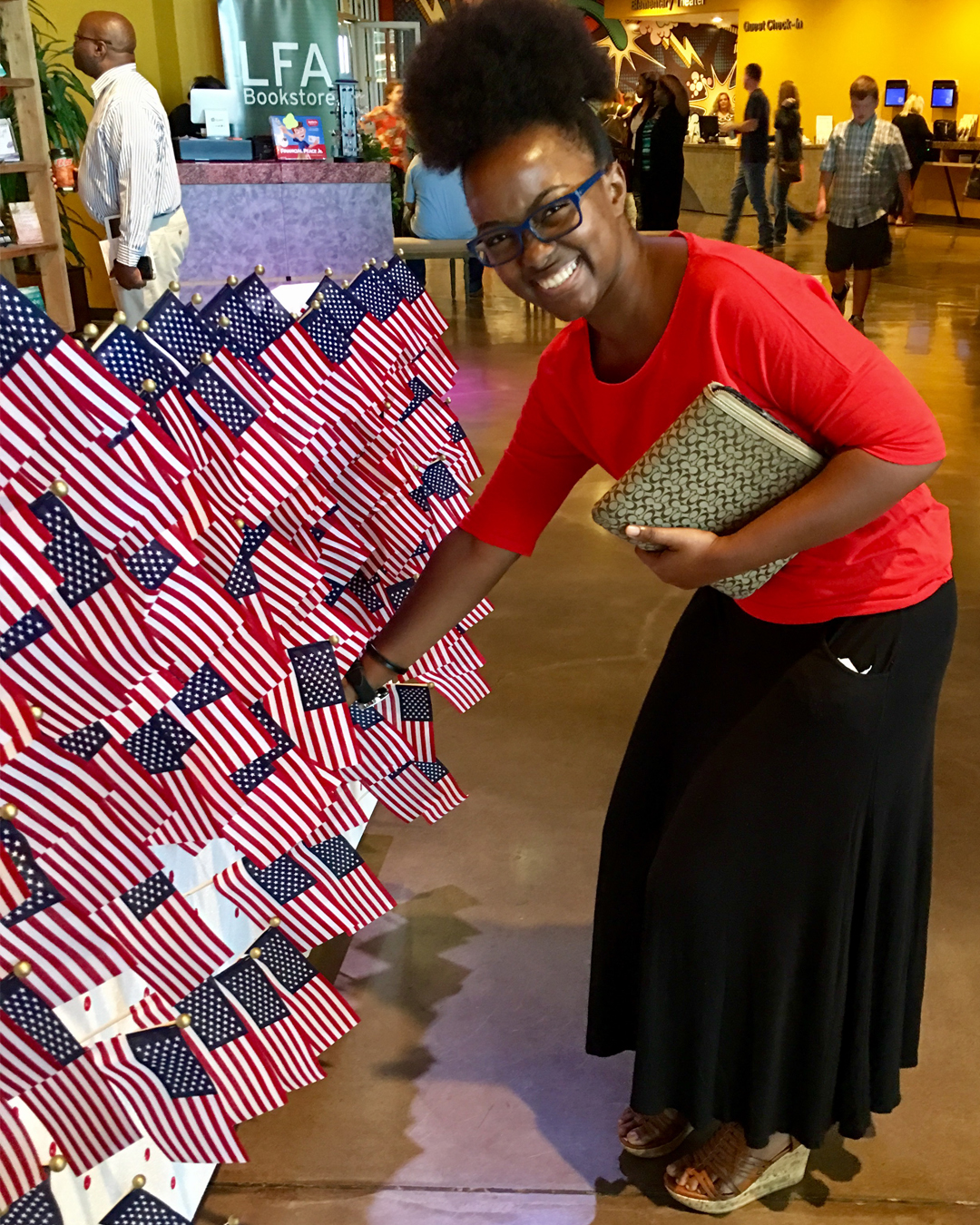 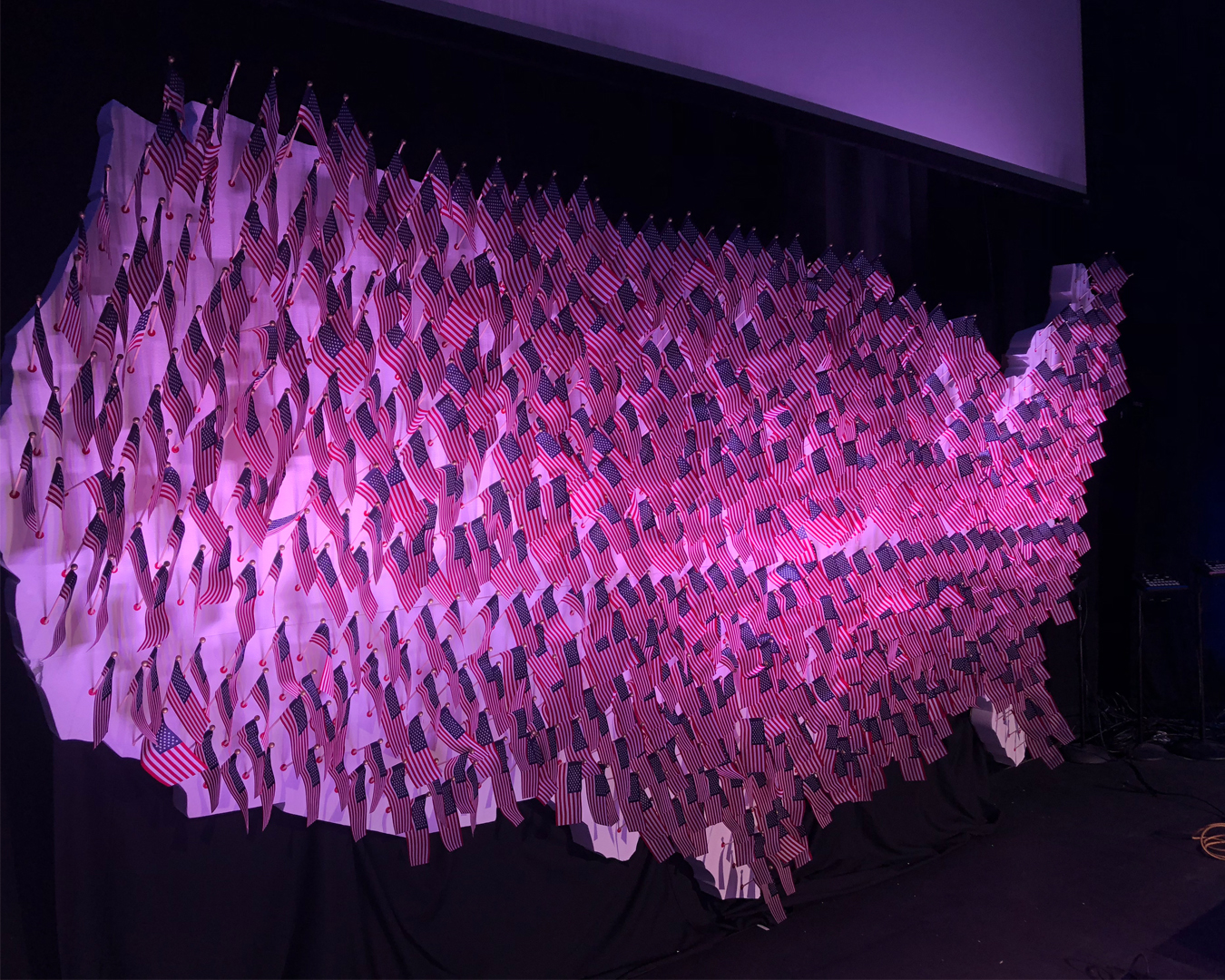 What do you see as the biggest need when ministering to military families?

Maj. Pratt: The assumption that they have it all together and that they will ask for whatever need they may have.

Sometimes doing without asking shows a lot, and sometimes just asking on a personal level what their needs are is helpful.

What are some of the struggles of military families?

Maj. Pratt: Instability is probably the largest struggle. Military families move every two to three years. Some move once a year for multiple years in a row. That much change makes it incredibly challenging on a number of fronts. Spouses have to quit jobs and find new ones or leave existing support networks and build new ones at the new duty location. Children have to say goodbye to friends and start school in a whole new environment with unfamiliar faces and places. Furthermore, the service member has to in-process, learn a new unit, learn a new job within that unit, and ensure they are connected to a whole new network of things at the new post. It is a challenging thing to process so much change so frequently.

What helps the most when ministering to military families?

Maj. Pratt: The speed with which a church connects to military families is of utmost importance. Because of the above challenges, a church can be sure it doesn’t have that family for very long. When ministering to a military family, be sure to connect quickly and get them plugged in to the church body. Be empathetic towards their situation but be cautious not to come off as “knowing exactly how they feel.” Leverage the power of the family (if they have family). Despite so much change in the military, the only thing that remains constant is the family with which they move. Leverage that and minister to the family.

Is there anything else you observe about ministering to military families?

And finally, I also think there is a false assumption that the family is plugged in and taken care of by the unit they’re a part of. That isn’t always the case. Not every unit (and not every leader) is created equally. There are wide variances in the level of effort units put forth to connect meaningfully to their service members and their families. The church can help tremendously to fill in those gaps.